What Is 5G and How Does It Differ from Wi-Fi

After nearly a decade in the making, 5G is now a reality. Select cities throughout the United States received 5G mobile internet access a few years ago, and now, it’s readily available depending on your phone plan. The fifth generation of mobile broadband, 5G, will eventually replace the 4G connection. The time it takes for devices to communicate with wireless networks (latency) will be dramatically faster. These new networks are also much more efficient, handling more connections per cell tower and faster speeds per user. 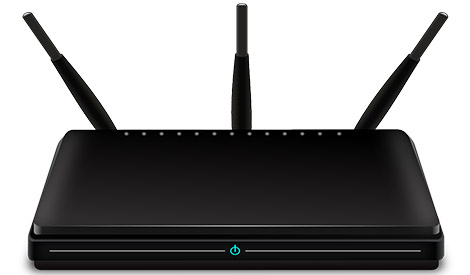 Cellular/mobile networks rely on licensed spectrum bands, which are auctioned off to the highest bidder. Verizon, AT&T, and other carriers have to pay in order to use those bands. For coverage, they must build a network of intertwined base stations capable of sending out a strong enough signal for the network to withstand thousands of people at once. Carriers expect consumers to recuperate their investment and further expand network infrastructure.

On the other hand, Wi-Fi is an unlicensed spectrum that is free for anyone to use but offers a somewhat weak signal. Consumers pay an Internet Service Provider (ISP) to connect the internet to their infrastructure, and then a router is used to fill the building with Wi-Fi. In densely populated areas with limited bandwidth, using the same Wi-Fi frequency band between more than one building can be disruptive. Wi-Fi uses two frequencies: 2.4GHz and 5GHz. The frequency with a more extended range but lower top speed potential is 2.4GHz, while 5GHz can deliver faster speeds but not penetrate walls as easily.

Wi-Fi is used at home, in the office, or public areas such as coffee shops or restaurants. Mobile networks are used when Wi-Fi is not available. The most crucial factor is to have a good connection at all times.

Several elements play into the actual 5G connection speed, including location, network, device, and how many other people connect. To achieve a maximum download speed of 50Mbps and a low latency of 10ms, this will represent a massive improvement over the average speed most consumers are receiving now.

Wi-Fi has had a troublesome history of naming confusion throughout its lifespan. The Wi-Fi Alliance has accepted the need for less-perplexing nomenclature, so the next standard is going to be marketed as Wi-Fi 6. This standard will offer faster speeds and many improvements in efficiency and capacity, designed to cope with the growing number of internet-connected wireless devices.

Founded in 1994, Creative Programs and Systems provides professional results for all computer needs. We design, create, and code an array of custom software programs and websites; offer top-notch digital marketing services including enhanced Search Engine Optimization (SEO) and online paid advertising; repair and provide support for computers of both residential and professional nature; build custom systems and servers, and offer secure data backups. Need assistance or want to learn more? Call us at 810-224-5252 or e-mail info@cpsmi.com.

Microsoft Will End Support for Windows 10

The Internet Just Got a Speed Boost